As individuals in today’s world, we all encounter sensitive scenarios, whether it be personally or by watching someone close to us go through a tough time.  As a writer, my first instinct is to write.  However, there are many situations where those pieces never leave my journal, because it’s not my story to tell.

Over the course of the past year, I’ve watched people very close to me struggle with mental health disorders and the stigmas that come along with them.  When Steve of PublicHealthLibrary.org reached out about sharing a post on the topic, I was thrilled to have the opportunity to address something so relevant to so many of our lives in a way that wasn’t invasive to anyone in my life.  I hope that you will enjoy his guest post. 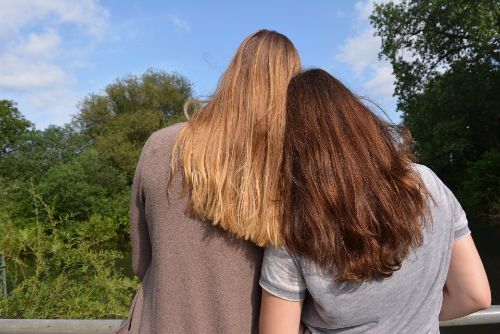 Last semester, I watched my best friend almost lose control
of his life.

Matt has been my best friend since elementary school. We’ve
seen each other through everything — bad grades, high school drama, family
troubles, you name it — so when he and his girlfriend broke up recently, I
could tell he was seriously hurting.  The
problems only multiplied and amplified when he started drinking.

Normally outgoing, Matt stopped having much of a social life
outside the bar. He occasionally went to class, but sometimes he’dskip without real reason. He wouldn’t join us
for our weekly volleyball tournaments but was always ready to hit the club.
Once we were out, there was no stopping him from taking countless shots and
drinking until he blacked out. He usually woke up with no memory of the night
before and acted less and less like himself each day.

I kept my opinions to myself for weeks until I had to pick
up Matt from the bar at 3 a.m. and realized how bad the problem truly was. On
the drive home, he broke down and told me how hopeless and alone he felt. He
drank to feel better and ended upfeeling depressed, yet still found himself
turning to alcohol for comfort. I told him we’d find a solution together, and
we agreed to talk the next morning.

I correctly anticipated that Matt might not remember our
conversation, so Iapproached the subject carefully. I told him
that I cared about him, that I’d noticed some worrisome behaviors, and that I
was there for him if he needed to talk. I said he no longer seemed like the
happy, charismatic guy I grew up with and that I was worried he was in trouble.

Though reluctant at first, Matt finally opened up to me
about his struggles with depression and drinking heavily. I told him I’d go
with him to talk to a counselor at our campus health care center, and that I
could even help him talk to his parents. He wasn’t immediately responsive to
the idea of seeking professional help, but after time and multiple
conversations he finally agreed.

Matt is on the road to recovery, but we know it won’t be easy.
Though sometimes I kick myself for not seeing the signs, I focus on my new duty
as Matt’s best friend: supporting him on his journey.

Steve Johnson
co-createdPublicHealthLibrary.org with a fellow pre-med student. The
availability of accurate health facts, advice, and general answers is something
Steve wants for all people, not just those in the health and medical field. He
continues to spread trustworthy information and resources through the website,
but also enjoys tennis and adding to his record collection in his spare time.

Happy Thursday, friends!  And please know that if you ever need someone to talk to or a reminder that someone is in your corner, I’m here.