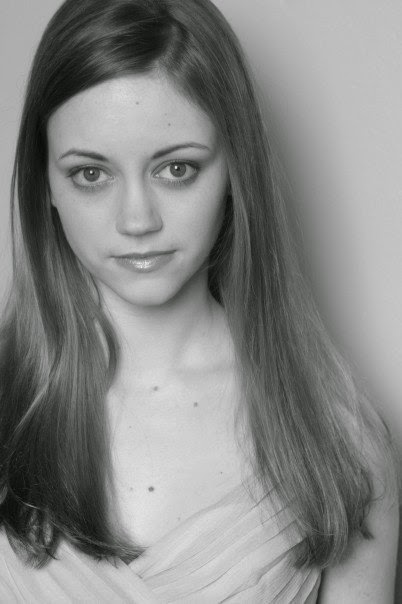 I really love this photo of myself because it was taken right before everything in my life went awry.

A few weeks ago, I had the opportunity to hear Dr. Dara Richardson-Heron, CEO of the YWCA, speak, and she rocked my world.  To make a long and very beautiful and inspiring story short, Dara had the world on a string – she was a doctor and a newlywed – when she was diagnosed with breast cancer.  In the middle of a pity party where she asked herself “Why Me?” she realized she was asking the wrong questions.  Instead, she should be asking “Why NOT me?  What makes me think that I’m so special that nothing bad should or could ever happen to me?”  BAM.  If that doesn’t change your perspective on life, I’m not sure what will.

That quote resonated with me, and I think about it multiple times a day.

When I was diagnosed with a chronic illness, I was 17.  I had always been super healthy, with the exception of a few dance related injuries.  I was going to dance in college, there was no question about it in my mind or my dance team coach’s mind.  We knew what I had to do, and I had spent the past three years working on it.  And then BAM – diagnosed with a chronic illness, spent ten days in the hospital, missed the first two weeks of dance team when I was the captain, lost a ton of hair on chemo pills, and found out my boyfriend had been cheating on me while I was in the hospital.  Life was not good, y’all.  I was a good person – I was nice to everyone at school, I volunteered at the food bank, I wanted to go on a mission trip to build houses for orphans, I was signed with a modeling agency in Miami, I wanted to be a doctor.  Why did such a bad thing happen to such a good girl like me?

When I was diagnosed with cancer two weeks after my twentieth birthday, I kept asking God why he was playing such a sick joke on me.  I was pretty, I was in a sorority, I was 20 years old, I was finally coping with having a chronic illness, I wanted to be a lawyer – Why me?  Could I not have a sense of normalcy?

I like to think that with any kind of pain, there comes a “platform.”  I lost a fourth of my body weight when I was diagnosed with a chronic illness.  Two girls that I barely knew opened up to me about their struggles with eating disorders.  One girl explained to me how my body would react when I started to gain the weight back and ways that she had gained her weight back.  Another girl told me that watching me go from being a skeleton to being healthy is what motivated her to kick her eating disorder.  I’ve used my cancer diagnosis as a reminder to people that cancer really doesn’t care if you’re a Straight-A sorority girl with great hair and big dreams; it doesn’t discriminate.

The next time you encounter a “Why Me?” moment, I hope that you will think back to what Dara said.  If you feel comfortable sharing, I’d love to hear your “Why Me?” story in the comments, in an email, or even in a blog post.  I love connecting with you and hearing your stories, and I thank you for taking the time to hear mine!