It’s the best day of the week – Franny Friday!  Franny is celebrating the same way she celebrates every day – lays in bed until about 10, moves to the couch, goes out around noon, eats, begs for more food, eats more food (repeat x2), then lays on the couch and waits for Momma to get home from work.  I envy her every morning when I leave for work, and she’s giving me the stink eye from bed. 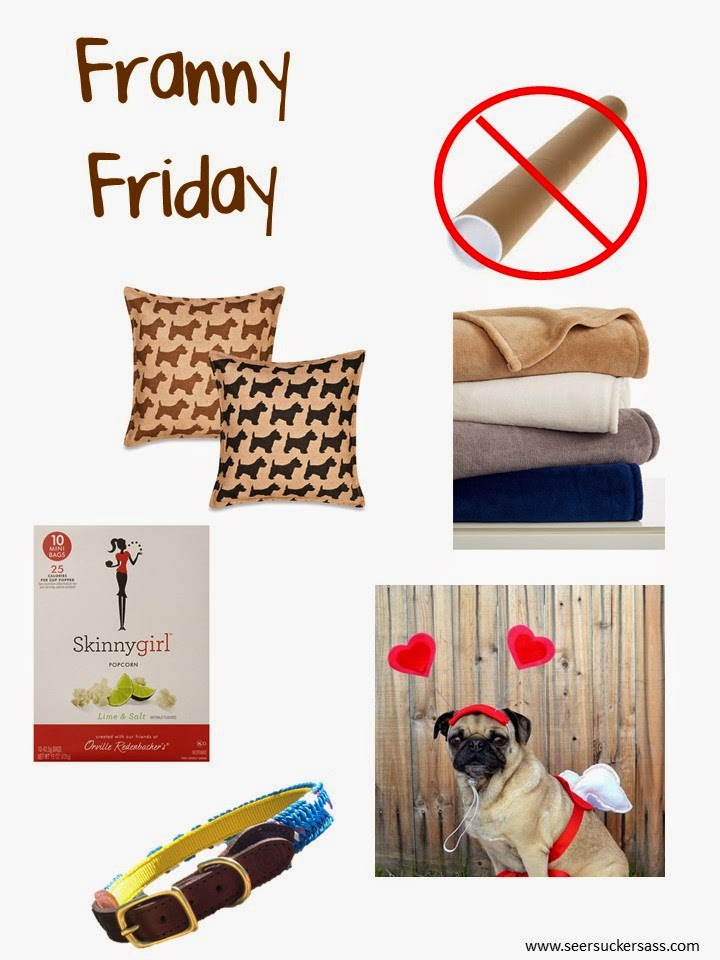 Despite having two dog beds, a human bed, and a couch to take over, Francis has taken to laying on the floor.  Last weekend, she sprawled out under C’s desk.  I bought him a really cool print for Christmas, and since we haven’t gotten it framed yet, it’s been sitting under his desk in a tube.  The tube fell on Franny this weekend, and it was one of the top five funniest things I have ever seen.  She is such a weird dog to begin with, so her doggy meltdown was hilarious. 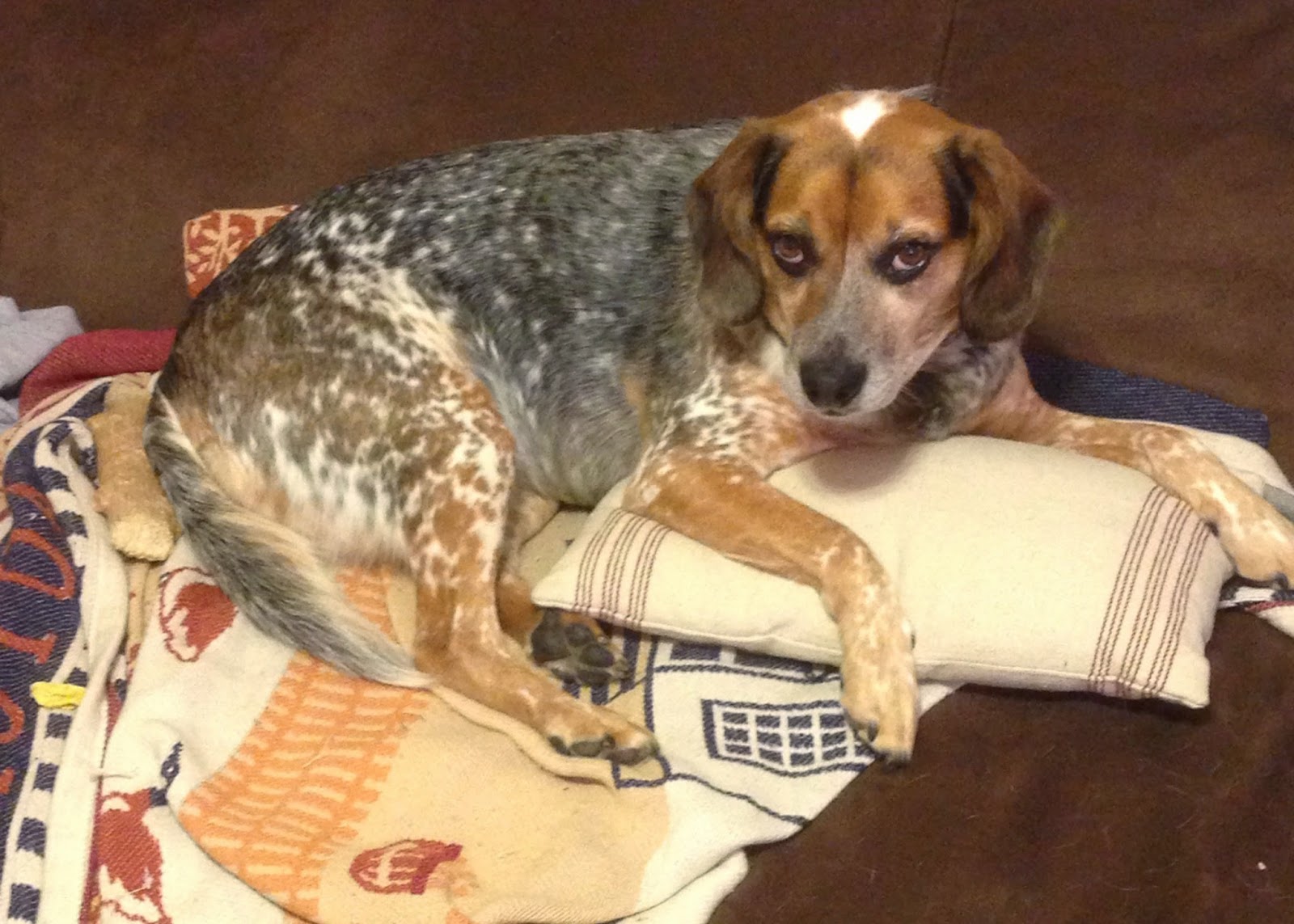 Throw Pillow | Throw pillows in our home have become Franny’s babies.  She doesn’t try to destroy them like toys, but she guards them under her little arm.

Fleece Blanket | We are still having fights over the fleece blanket.  When Fran isn’t licking it, she’s busy sprawling out across it so that no one else can use it.

SkinnyGirl Popcorn | Fran would sell me out in a heart beat for some SkinnyGirl popcorn.  I have never seen her so obsessed with something.  Her little head will follow my hand to the bag and into my mouth.

Cupid Costume | I’ve been joking all month about getting her one.  But then I saw it on etsy, and actually want to get her one.  Wouldn’t she be an adorable and super awkward little cupid?

York River Traders Collar | We’ve been switching Fran’s collars back and forth, and she’s back to this one.  It’s almost like she knows that it’s fancy and instantly sits like a regal little gal.

What have your fur babies been up to this week?  TGIF!

I’m so excited because my dad is coming in town tomorrow night for my birthday, and Franny is going to get to meet her Grandpaw!